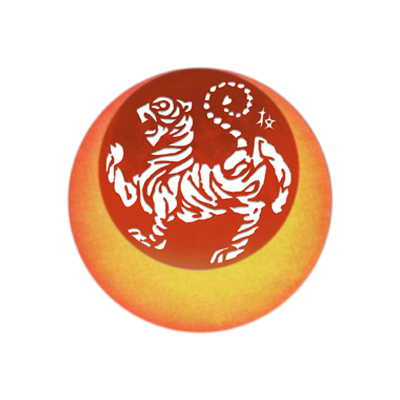 This site is no longer being updated. Please visit our new site @ www.ontariokaratecollege.com for the most up to date information.

Welcome to the OKC!

Welcome to the Ontario Karate College (OKC). The OKC serves as headquarters for the International Karate Daigaku (IKD) of Ontario and Canada. Located at 2225 Gerrard St. East, this Upper Beaches locality is easily accessible via Public Transit. The chairman and chief instructor of the OKC, IKD Ontario, and IKD Canada is Master Frank Woon-A-Tai, 8th Dan.

OKC programmes are based on the Dojo Kun philosophy of Character Development, Physical Education and Fitness, Self Defence, and Sport Budo (Martial Art Way). We offer International programmes for Kyu ranks, Dan ranks, Instructor, Examiner, and Judge ranks, as well as programmes for OKC Coaches, Tournament Strategy, Kata Bunkai, and Self Defence.

We welcome both old and new members alike, and encourage inactive members to maintain their membership in the OKC Alumni Association.

Anthony Green was born in Manchester, England, on 31st March 1946. He attended junior and high school in Kent, England. After completing an engineering apprenticeship in 1967, he studied Mechanical Engineering and Mathematics in London. After emigrating to Canada in 1973, he studied part-time graduating with a BSc at the University at Buffalo, USA in 1981, and a MASc at the University of Waterloo, Canada in 1984, both in Mechanical Engineering, a MBA at Syracuse University in 1988, and a PhD in Aerospace Engineering at Carleton University in 2007 specializing in space robot dynamics and control. Anthony is an Internationally Registered Professional Engineer and since 1987 has been employed as a Research and Technology Advisor with the Federal Government of Canada.
Anthony's martial arts career began with judo in 1964 at the Budokwai, London dojo under Sensei Leggett, Watanabe, Mack, Sweeney and Hoare and was awarded BJA/Kodokan Shodan in 1967 and Nidan in 1969. He competed nationally and internationally and was a member of the Budokwai and University of London judo teams. He won a gold medal in 1966, instructed at the University of London Judo Club 1968-1973 and was awarded a University of London purple in 1973 for his achievements in judo. In North America he trained under Sensei Frank Hatashita and competed in North American tournaments placing 2nd in Ontario and a semi-finalist in the CAN/AM judo championships in 1979. He instructed at the University at Buffalo Judo Club 1978-1981. He retired from regular judo training in 1982.

Anthony started karate in 1971 at the JKA, London, England under Sensei Enoeda, 9th Dan and Tomita, 4th Dan then continued training in Canada under Kancho Okuyama, 9th Dan IKA while concurrently training and competing in judo. Anthony was awarded a karate Shodan in 1985, Nidan in 1988 and Sandan in 1994 and competed in Ontario IKA Kubota Cup tournaments. He trained under Master Mas Tsuruoka, 10th Dan 2000-2007 being awarded Yondan in 2002 and Godan in 2006.

Since 2008, he has trained under Master Woon-a-Tai in Toronto and awarded a Godan by Master Okazaki, 10th Dan ISKF in 2009. He represented Great Britain in the 2008 ISKF World Shoto Cup Senior Men's Kata division and won a silver medal in the 2010 Ontario Provincial Championships Senior Men's Team Kata division.

Anthony served as a commissioned officer for sixteen years in the Canadian Armed Forces, Army Reserve as an armoured and combat engineer troop commander. He provided martial arts and self-defence instruction to soldiers as part of their physical training. He was awarded the Canadian Forces Decoration (CD for his service.

Break the Chains of Tradition

Want to become a member of the Ontario Karate College? 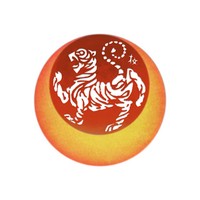 Be prepared to sweat!

The Year of The Tiger

16/12/2010 11:36
2010 - The Year of the Tiger is Sensei Frank Woon-A-Tai's year of birth (1950). It was indeed, a luckly and productive year for him and ISKF Karate with eight successful major projects:  In September, Ontario Karate College held it Camp again at White Pine in Haliburton. Special...
>>

Results of the 2010 Ontario Provincial Tournament 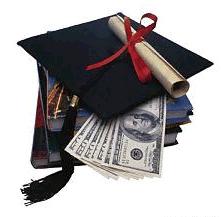 Yoga and Pilates Classes are now available at the OKC.

A great way to supplement your karate training!

Want to be a Karate Kid? 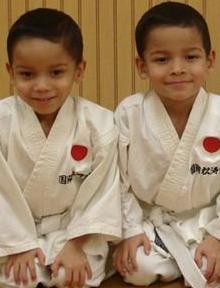 Parents give your kids a "kick" start in life!

Parents may be eligible to receive up to a $500 per child in tuition and registration through the Canadian Children's Fitness Tax Credit.

Webnode, an innovative sitebuilder
Have a captivating website for free!
Get started